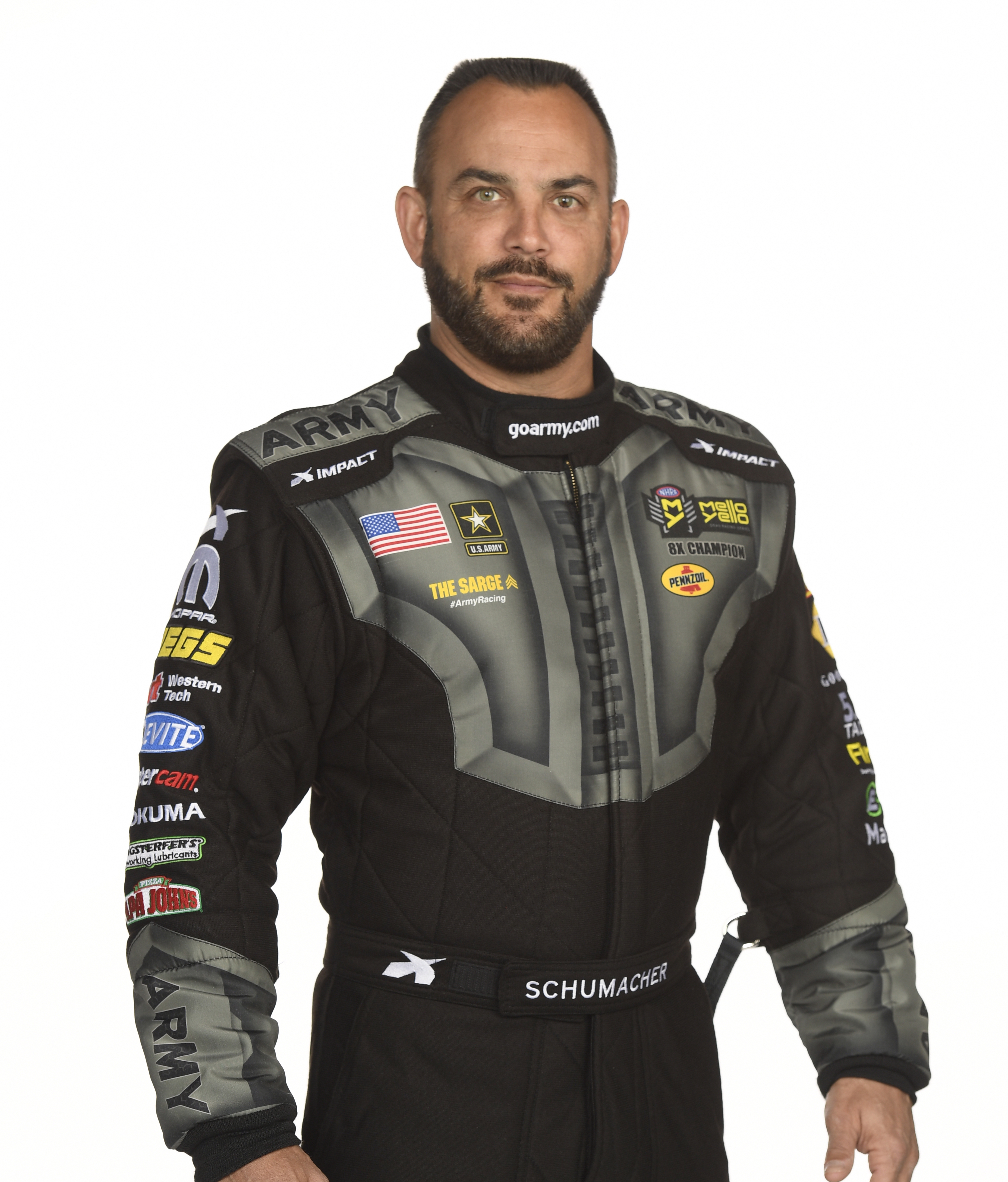 Tony Schumacher’s decision in the mid-1990s to pursue a career in professional drag racing is what brought his father and legendary Funny Car driver/owner Don Schumacher back to the sport after a 24-year hiatus.

Within two years of starting a Top Fuel team for his son and establishing Don Schumacher Racing, the younger Schumacher won the first of his eight NHRA Top Fuel world championships in 1999.

Schumacher, 48, has gone on to set nearly every record in the category, including most event titles (83), poles (84) and world titles – his eighth and most recent with crew chief Mike Green in 2014.

Schumacher, who lives in Austin, Texas, with his three children, teamed with the U.S. Army in 2000 to begin one of the longest running partnerships in motorsports.

The Latest From Tony